Alas, all hopes of seeing the colorful Mondrianesque panels returned to their former glory were dashed by a backhoe this weekend.


The boutique hotel trend is so popular right now it seemed like great timing for a restoration. Properties like the Orbit In in Palm Springs, the Hotel San Jose in Austin, or the Wild Palms Hotel in Sunnyvale, California offer savvy travelers hip accommodations at a variety of price points. Even the lowly Motel 6 chain has jumped on the Ikea Cabin decor bandwagon.

One of the West Coast's hippest of these rejuvenated destinations is the chic Jupiter Hotel. In 2004 this Sixties motor lodge on the edge of downtown Portland was transformed into an 81-room social gathering place along the Willamette River. Complete with a night club, art gallery and hair salon the Jupiter has made the hot lists of numerous travel magazines and websites.

But the demolition of the Downtowner ended my fantasy of having our own version of a Jupiter Hotel in Tulsa. Maybe now our best shot at a swinging motor court is the old Trade Winds East on Skelly Drive.

Would you prefer a guest suite or cabana? 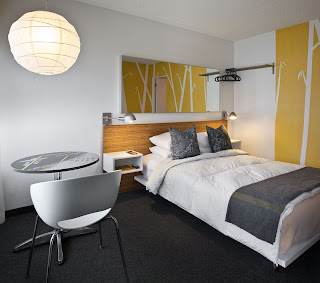 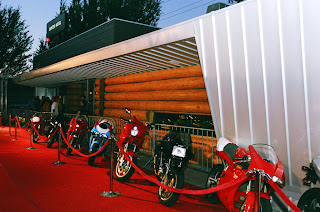 Sorry to hear this news - I was on one of the teams last year that presented reuse possibilities.