The efforts to save Stage Center continue. Buttons and t-shirts are being sold, a petition has been launched and Preservation Oklahoma has appealed the demolition ruling. On March 5, 2014 a lunchtime rally is scheduled at the site from 11:30 to 1:00 to motivate volunteers and encourage supporters to attend the appeals hearing the next day.

The assemblage of boxes and tubes and water features originally known as Mummers Theater in Oklahoma City has never had it easy. Since its construction in 1970 the building by John Johansen has been controversial. Mocked by locals and praised by architects, the complex won the coveted AIA Honor Award in 1972. But to many the human-sized Habitrail came to symbolize the historic failings of the Urban Renewal effort.

Today the Stage Center sits on property that is prime real estate in the heart of a reviving downtown Oklahoma City. The dark days of urban renewal are long behind us. Developers and citizens alike see the Stage Center as a white elephant standing in the way of progress. Though to some it is an example of art as architecture- an internationally recognized work that can never be replaced. 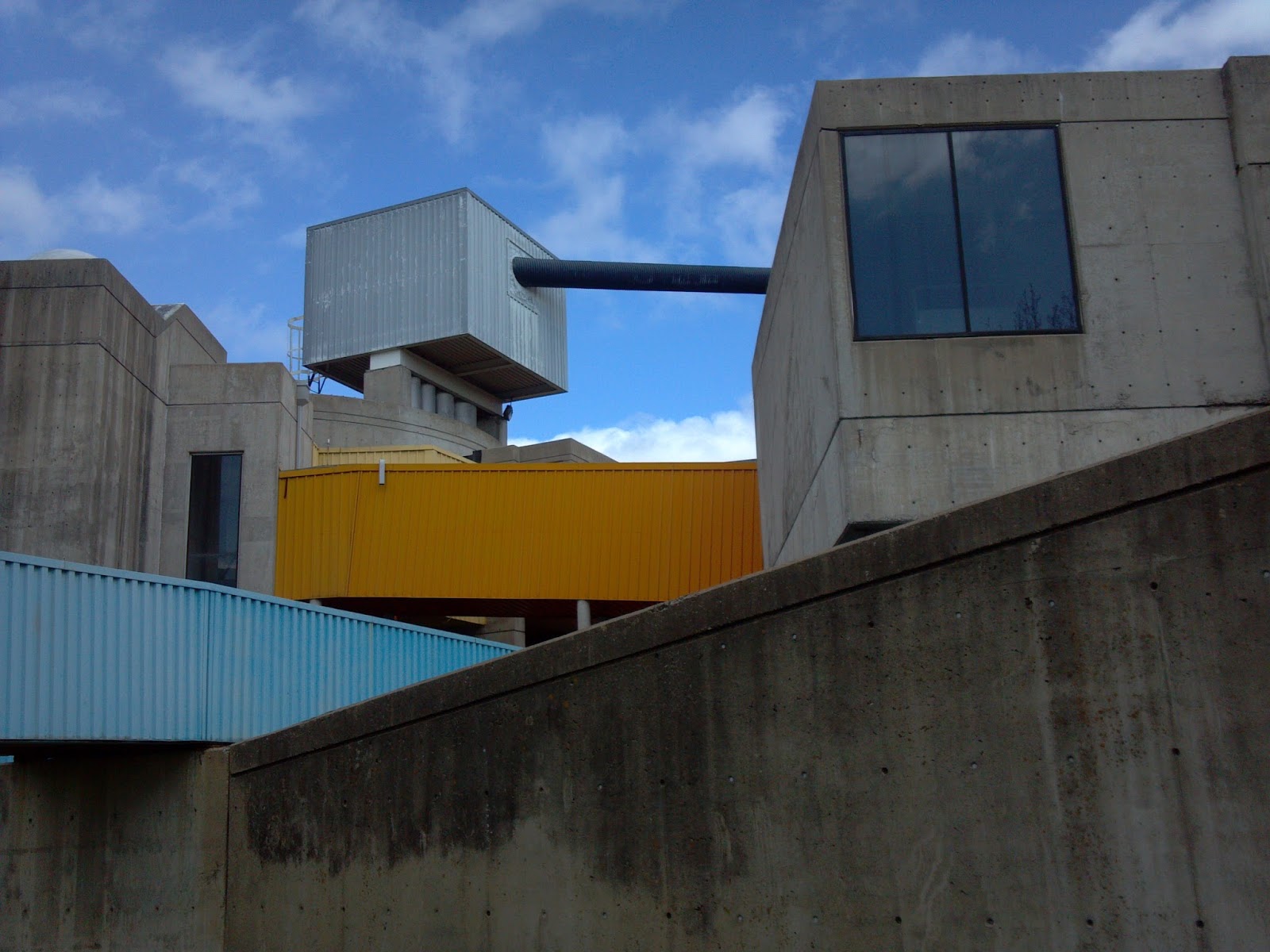 Unfortunately the complex was approved for demolition by the Oklahoma City Downtown Design Review Committee. While it seemed like all was lost Preservation Oklahoma stepped up to appeal the decision with the Oklahoma City Board of Adjustment. This announcement has mobilized a grassroots effort to save this wild and wacky piece of architectural history before it is lost forever.

Rallies at the site have been held and an online petition was started. A Facebook page entitled Save the Stage Center of Oklahoma City was set up to share news and has more than a 1000 fans. On March 6th the OKC Board of Adjustment will hear the appeal.