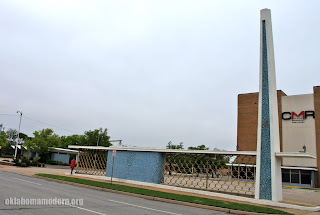 Oklahoma City's Mid-Century Monolith was more formally known as Central Motor Bank. Built in 1959, it was supposedly the largest drive-in bank in the world at the time, and able to accommodate 5,000 cars a day. It's located on Classen Boulevard at NW 5th Street.

First off, the heavy aluminum screen is just too cool. I mean can't you see that on the set of Star Trek? It's also a little odd to have what is essentially a room divider outdoors. 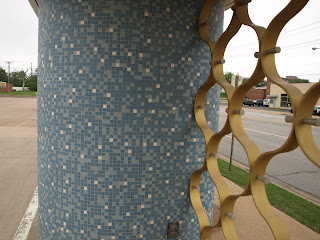 The second great part is the little blue tile. There's just something about a mosaic of 1" tiles that screams Mid-Century Modern. As if you didn't already know.

I remember seeing a vintage postcard of this building. It was a night shot of the drive-thru lanes and really showed off that sine wave roof. Today it's abandoned, most recently operated by Bank One. The last time we dropped by the property was for sale, but I'm not aware of any effort to preserve either structure. Hopefully someone can come up with an alternative use for the lanes or the monolith. After all, it would be a shame to lose such a great room divider. 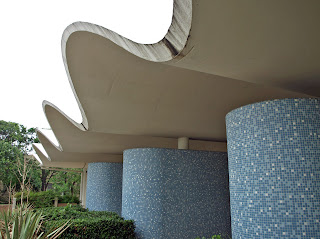 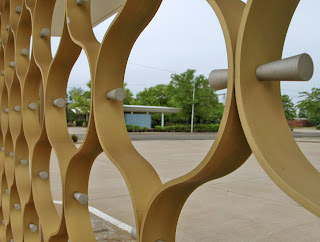 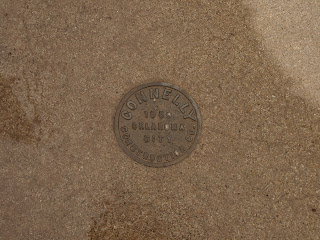