Rumors began circulating Monday afternoon that the Bavinger House in Norman, Oklahoma had been demolished. Conflicting reports have been circulating today and confirmation has been difficult due to the heavily wooded area where the house is located. 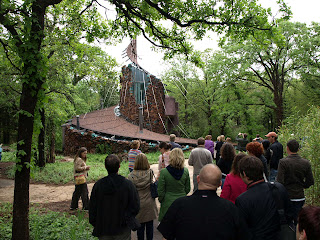 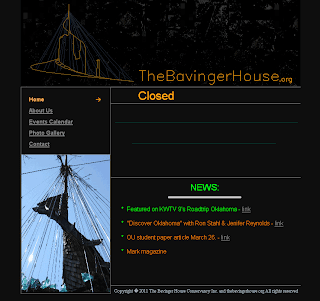 This morning we're hearing the house is still standing. Hopefully this was a hoax or someone's idea of a publicity stunt.

I really hope this monument has not been demolished.

The latest word is the house is damaged, but not "torn down and hauled away" as was claimed. The website has been updated late today with a blurb about storm damage- which is perfectly plausible because a microburst blew through Norman last week.

But pictures and reports seem to indicate the central spire of the house is pitched over. Considering the Maypole-style construction that probably means serious problems.